You are: Home » Tokens and medals » 19th Century British Tokens

Early 19th century copper tokens were mainly issued in large quantities from about 1811 to 1815. In general, these pieces are not as artistic as their 18th century counterparts. But what they lack in beauty they partially redeem in historic immediacy, for many, products of the large industrial and mining concerns of the day, depict the actual machinery and labor performed in their trades. Those interested in industrial history and archaeology are thus granted glimpses into a past which might otherwise be denied them.

The links below will guide you to the description, varieties, values and characteristics of several tokens. 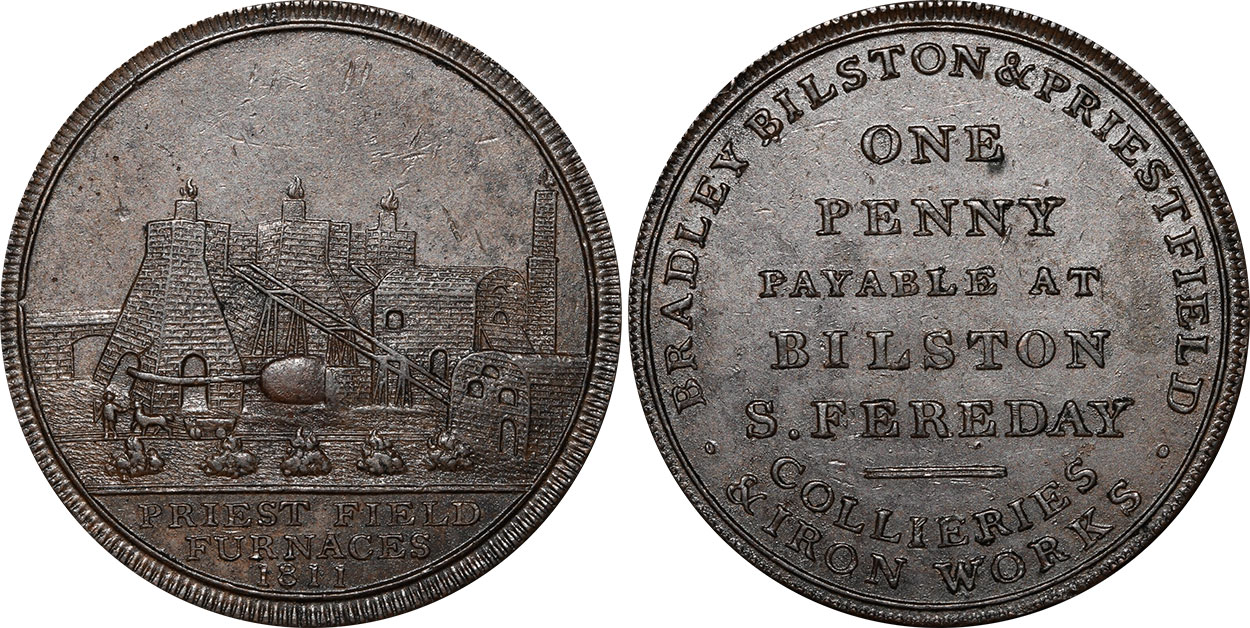 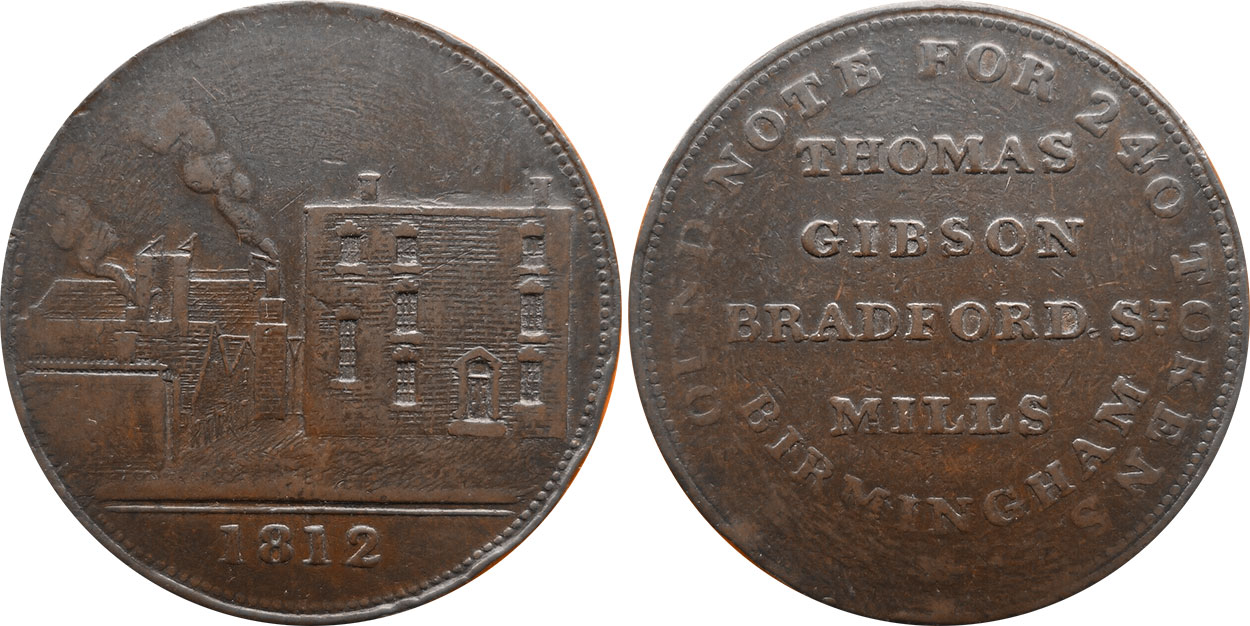 Birmingham and Swansea - Rose and lion 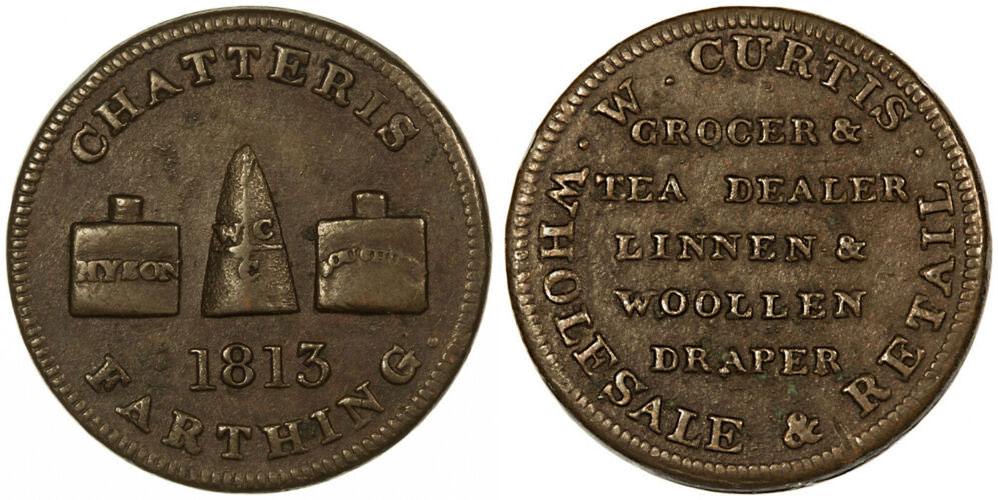 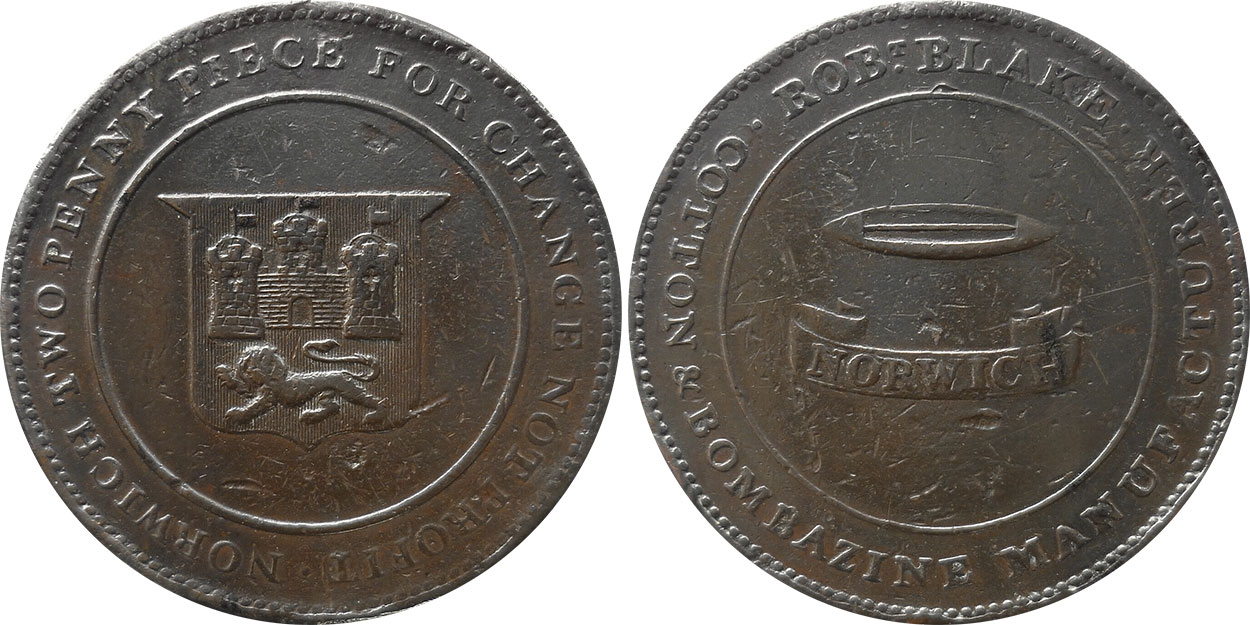 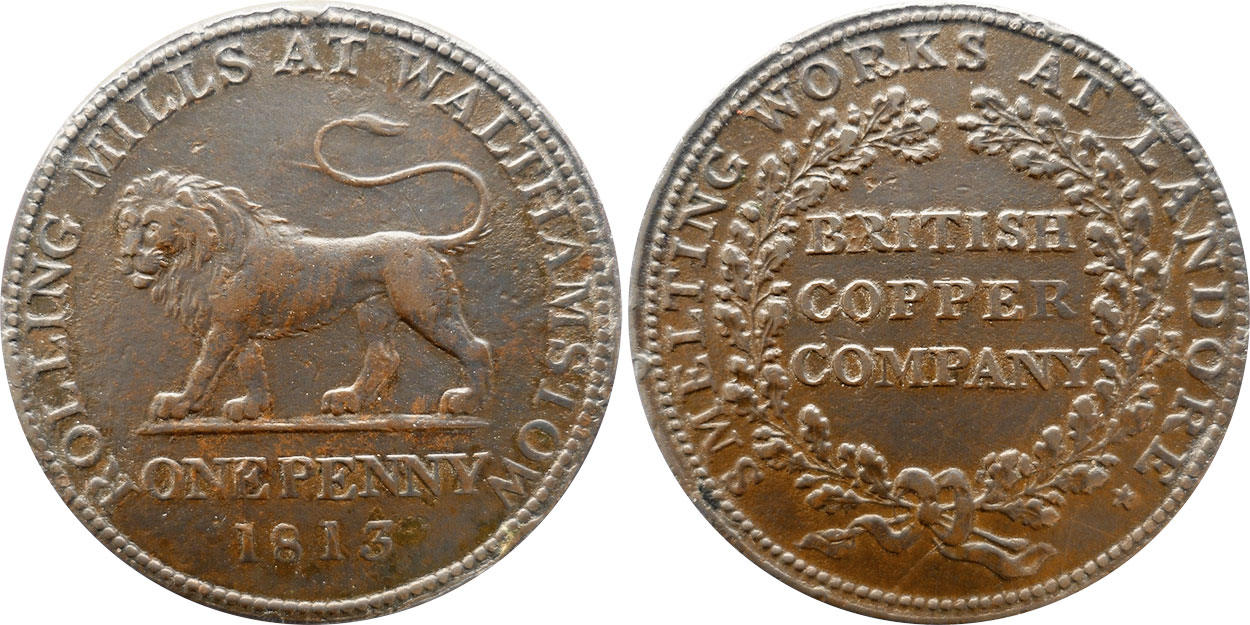 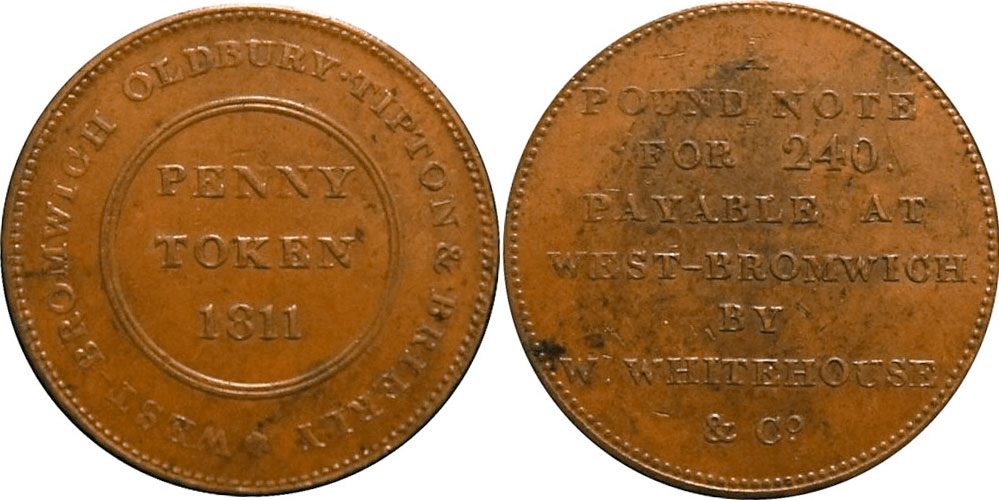 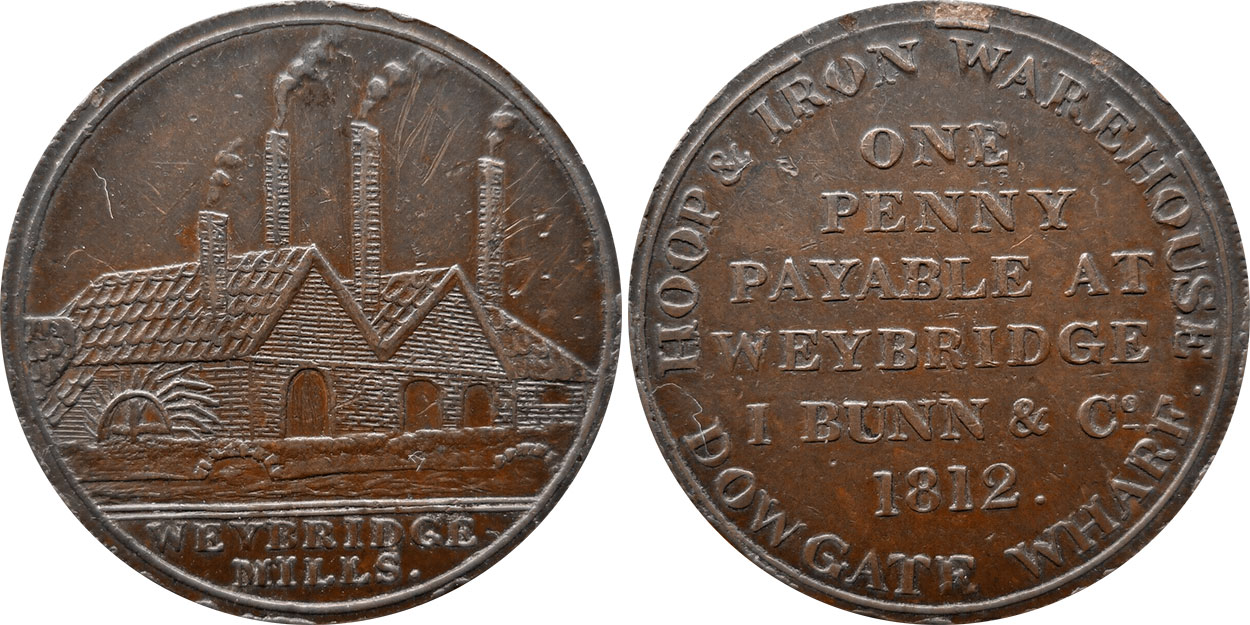 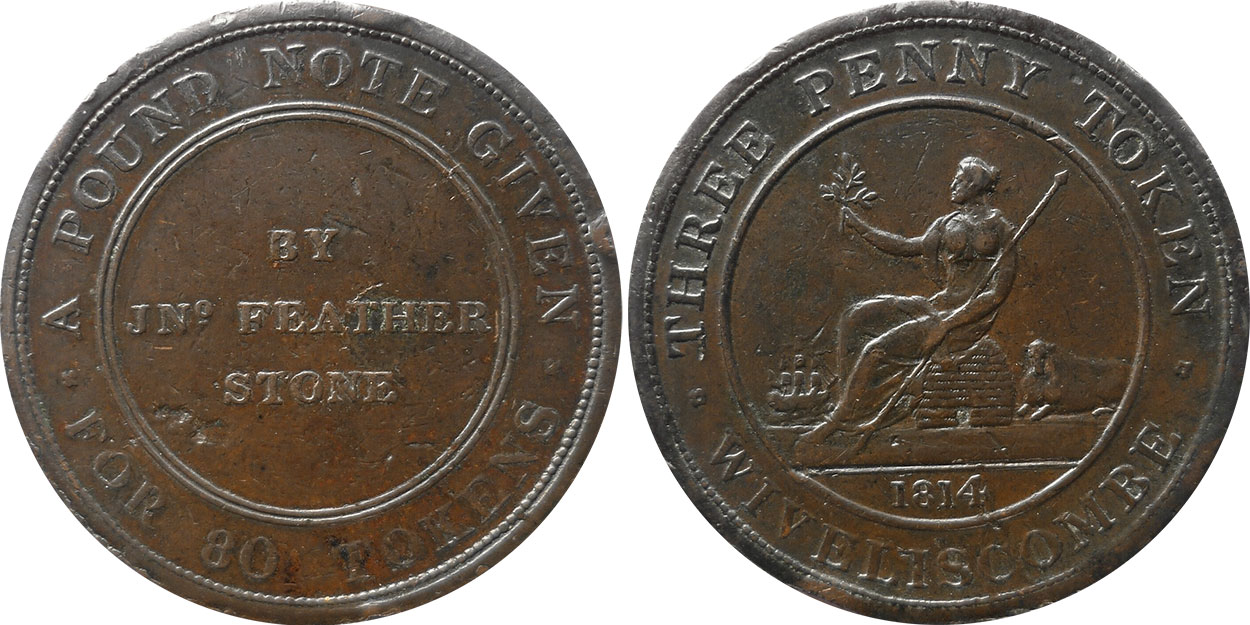 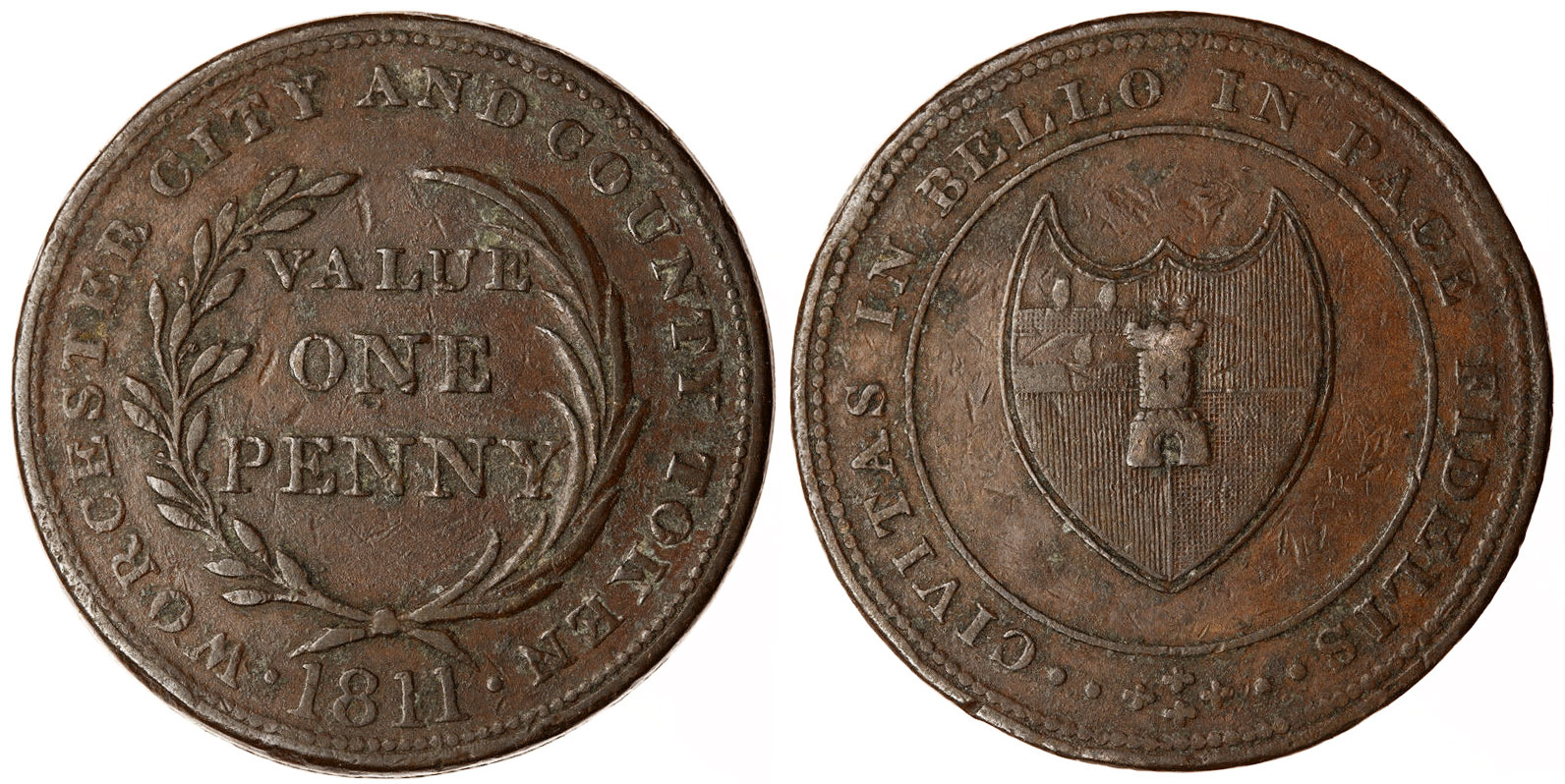