You are: Home » British coins » Articles » The Dassiers of Geneva - Book Review

The Dassiers of Geneva - Book Review

After many years of research, William Eisler has written the first of two volume series on the medals produced by Jean Dassier and his family. This work is a magnum opus on Dassier, culminating in bringing together the many strands of research into Dassier's life as well as private and public collections of his life's work.

While Eisler has spent years studying Dassier in Europe and elsewhere, readers should note Eisler's Australian connection. William Eisler was a Lecturer in Fine Arts at the University of Sydney and Curator of the Terra Australis exhibition at the Art Gallery of New South Wales in 1988. As many of you know, Jean Dassier was the famed Genevan medallist who developed an international clientele from those fortunate enough to purchase his outstanding medals. 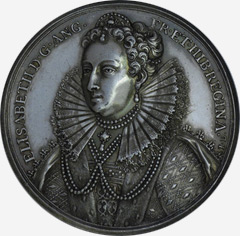 Born in 1676, Jean Dassier was the son of Domaine Dassier, who was the Chief Engraver at the Geneva mint for more than 40 years. Eisler notes that while Jean Dassier spent most of his life in Geneva, he also spent time away from this major city to study as an apprentice under Jean Mauger et Jospeh Toettiers in Paris. After his apprenticeship was over, Jean Dassier returned to Geneva to work for his father at the mint in Geneva in 1694. When his father's health deteriorated, Jean replaced his father Domaine as Chief Engraver.

Eisler reveals that Jean Dassier's first series of medals - a little-known group of jetons titled Les métamorphoses d'Ovide - was produced in collaboration with French engraver Jérôme Roussel during the period 1711-1717. Eisler notes Dassier developed his medal-making skills on the Ovide series and went on to produce several other important series of medals including the 73 portraits of The Celebrated Men of the Time of Louis XIV - famous French people such as philosopher René Descartes and Cardinal Richelieu.

Eisler concludes that the series of Louis XIV medal series established the reputation of its creator as a master medallist throughout Europe.

This acclaim encouraged Dassier to produce other series of medals, including the Protestant Reformer series, a set of 24 medals with the images of eminent theologians such as John Calvin, John Wycliffe, John Knox and Martin Luther. 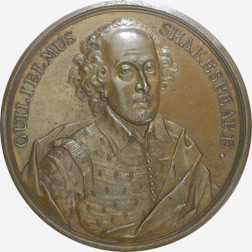 But my favorite Dassier medals are the Kings and Queens of England series which were produced in 1731-1732. These feature the 33 kings and queens of England from the Norman Conquest to the reigning monarchs King George II and his wife Queen Caroline. I have always considered one other medal, Oliver Cromwell, who was Lord Protector of the republican Commonwealth of England as a part of the series. But Eisler's research concludes the smaller Cromwell piece was a complement to the series, not part of the series.

The series begins with William I, better known as William the Conqueror, who changed the course of England's history in 1066. Other favorites include Richard I, often called Richard the Lion Heart for his leadership during the Thrid Crusade, Henry VIII, and Elizabeth I (wearing an intricately ornamented dress).

But Dassier wasn't finished in England. In addition to the above medals celebrating lives of various English monarchs, Dassier also produced a series called The British Worthies. This set of medals included medals of famous Britons such as William Shakespeare, John Milton, Francis Bacon, John Locke and Isaac Newton.

While the first volume ends with Dassier's period of medal-making in England in 1733, I can't wait to see the second volume which is expected to be released later this year. Although this book is quite academic and extensively makes us of French quotes, I highly recommend this first volume to anyone who collects the medals of Jean Dassier.